The family bathroom was the last room in the house to be renovated by the homeowner since she bought the property 2 years earlier. Our task was to design a room, that included sufficient storage, a walk in shower (that didn’t feature any glass) and all pipework hidden.
All the rooms in the house had been renovated to a very high standard and with a traditional feel to them. Therefore I introduced the client to the brand, Imperial. Imperial Bathrooms are one of only 4 independent British sanitaryware manufacturers left in the UK, catering for the mid to high end market with exceptional quality porcelain, real wood furniture and high grade porcelain tiles.
With regards the design, we decided to use the existing bath wall as the shower area. Due to plumbing restrictions, it was necessary to build the shower area above floor level. This enabled us to sink a Just Trays Softstone shower tray into the raised area. The client was keen on a designated drying area, so we combined this with a tiled shower seat to add extra comfort to the user. Without the use of glass, we split the width of the room into 3 parts. On the left and right hand sides we built half height stud walls. These stud walls not only provided us to create a smart entrance to the shower area, but also enabled us to install the bath against the left hand side wall and install a Geberit concealed cistern into the right hand wall.
This bathroom renovation was very labour intensive as we were required to drill through the outside wall to create a new soil pipe and also to fit the shower area into the room, it was necessary to remove the original window and install a smaller window.

As is usually the case, we were tasked in removing the bidet, and this additional space enabled us to fit the stunning Imperial Thurlestone 2 door vanity unit in natural oak. To keep the oak theme running throughout the room, we used the Imperial solid wood bath panels,soft closing toilet seat and to complete the room, the stylish Rebecca mirror. 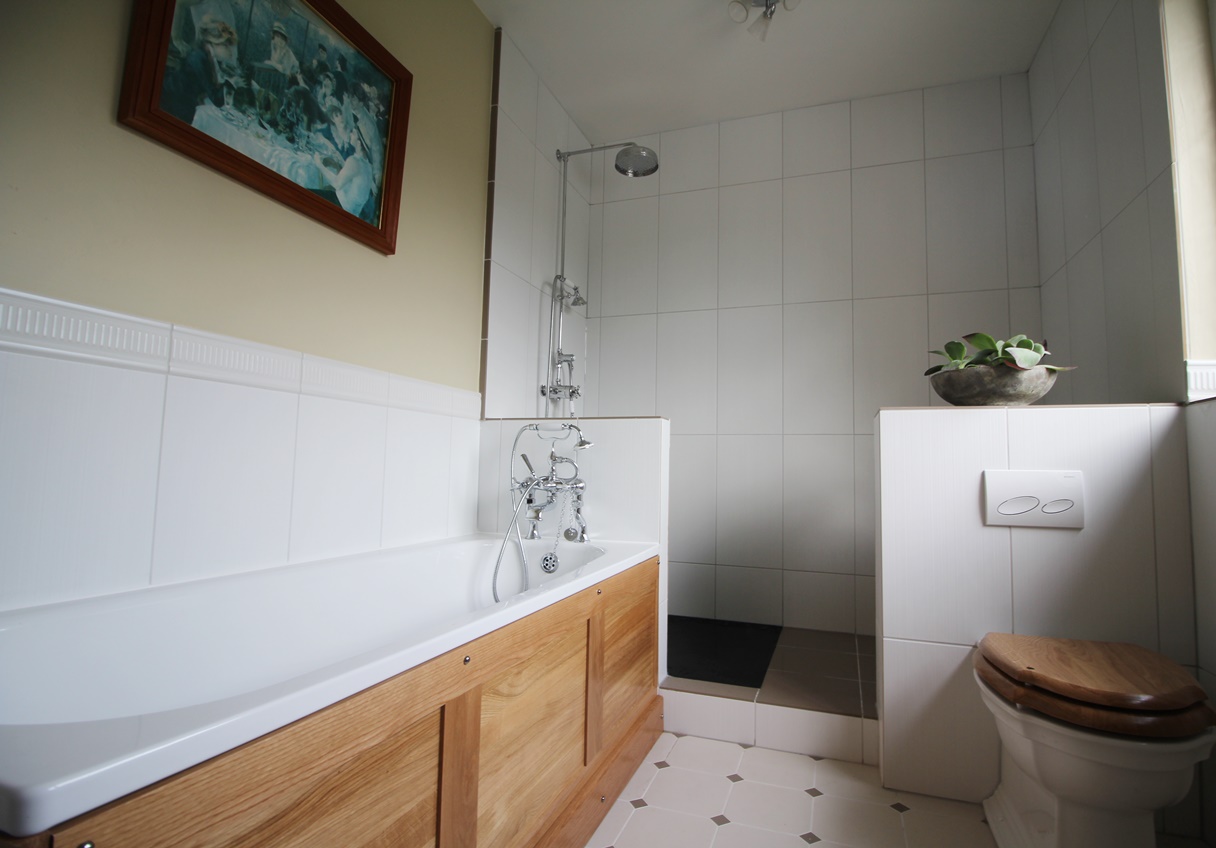 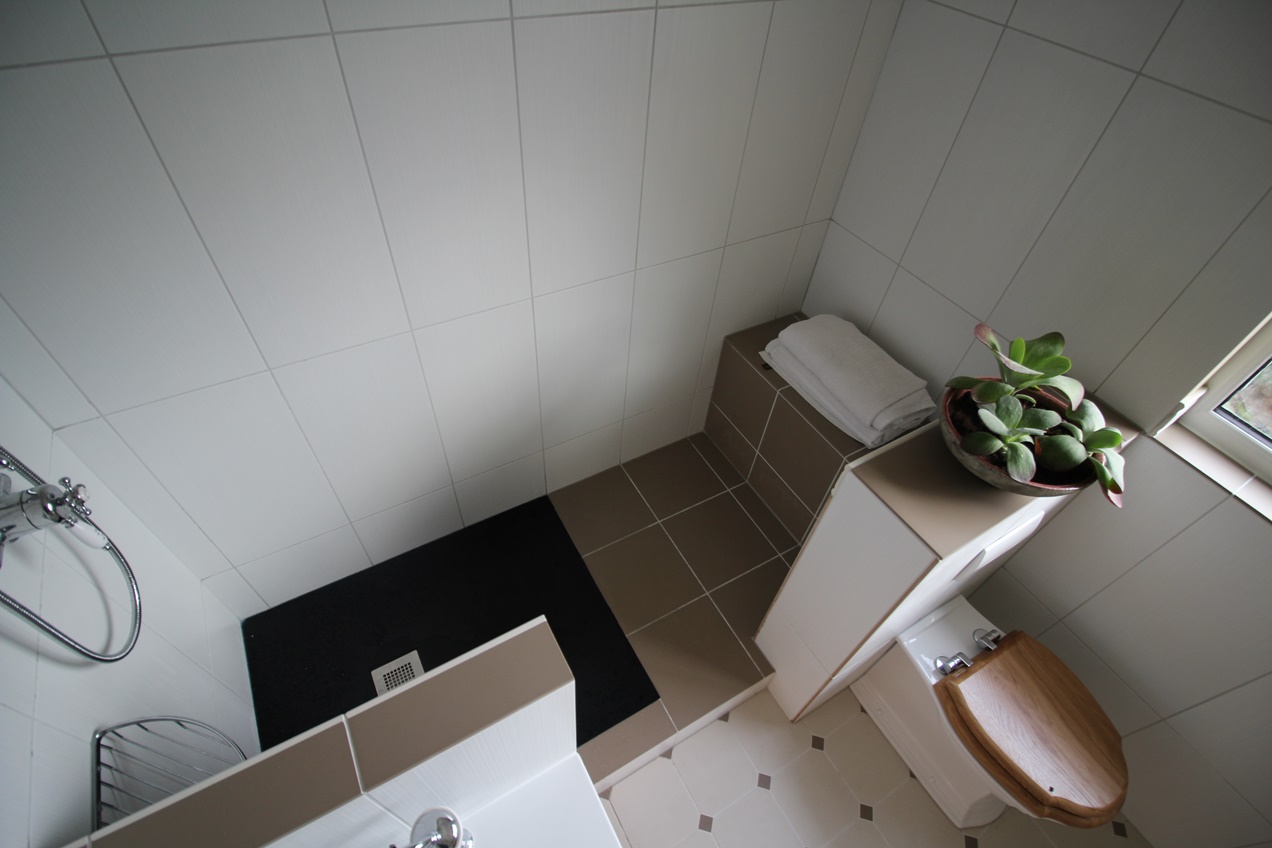 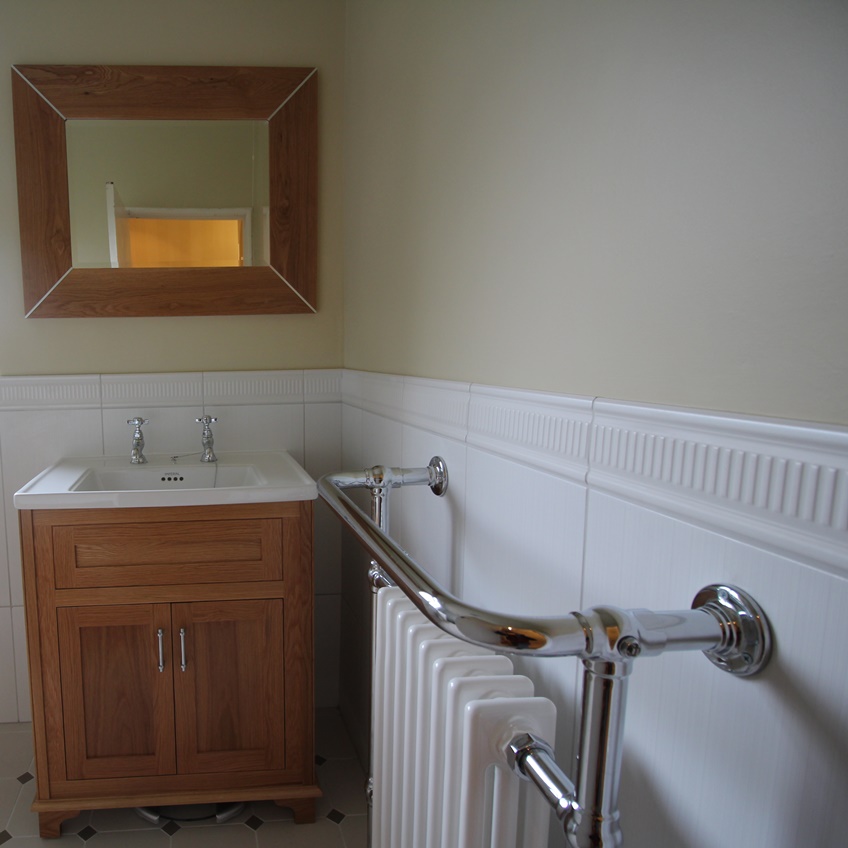 Project gallery – click images below for an enlarged view 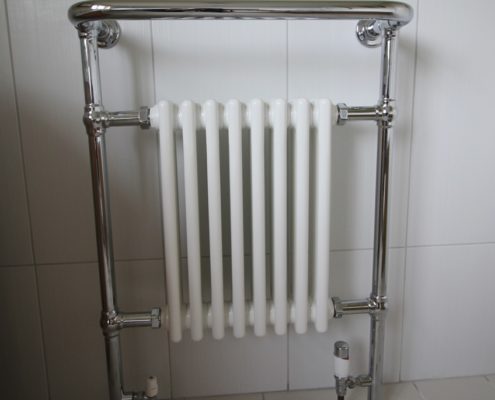 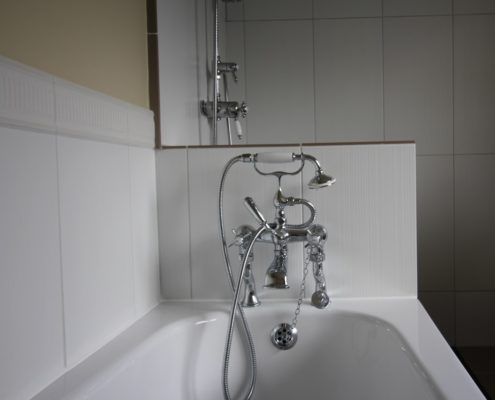