Client Brief
We were approached by a lovely family to transform their family bathroom, that was beginning to show its age and had been structurally disrupted by a large kitchen/diner extension, directly below, the year before. Our clients had a significant budget and were very clear on their ideas of a modern, classic bathroom with a luxurious wetroom shower area.

Due to the age and the structure of the bathroom, it required a total ‘back to brickwork’ rip out. All the walls were rebonded and careful attention was paid to strengthening tired joists. Unfortunately, the thickness and position of the joists made it impossible for us to plumb for a level access wetroom tray, which the clients were particularly keen on. A key part of our project management role, is often to make the difficult and unpopular decisions, in having to move away from the clients preferred wishes to ensure the long term performance of the bathroom.

To separate the raised wetroom area and the basin unit, we built a half height stud wall. Accurately positioned stud walls are a particular design favourite of ours, as it adds structure and versatility to square rooms. This bathroom had 4 solid walls, so the stud wall positioned here enabled us to use the Axor Built In Valve and install a useful shower recess for washing products.

Tiles were kept to a minimum and simple pastel feature tiles used in the shower and behind the basin added a further texture to the room, highlighted and enhanced by the oversized back lit mirror.

We were delighted with the finished outcome of the room as were our clients. 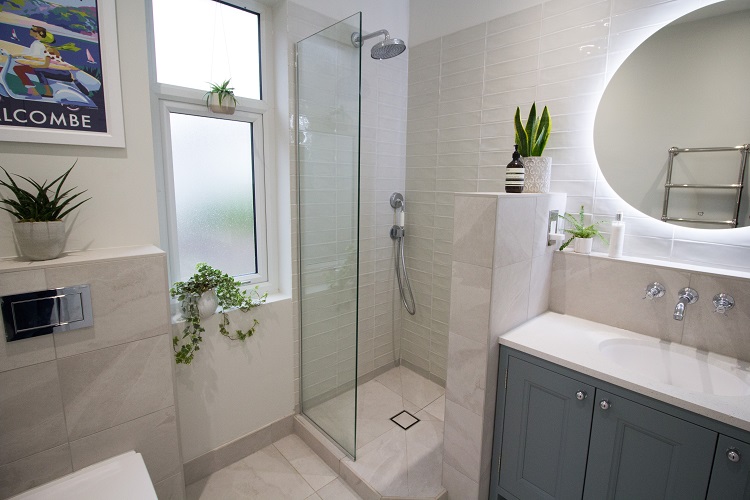 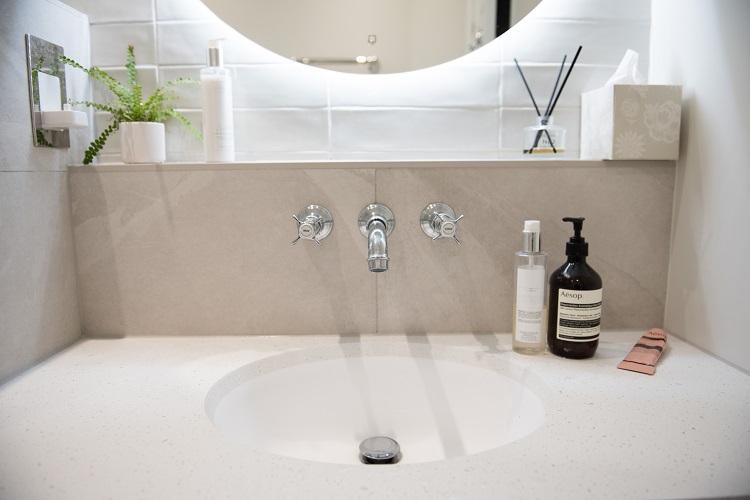 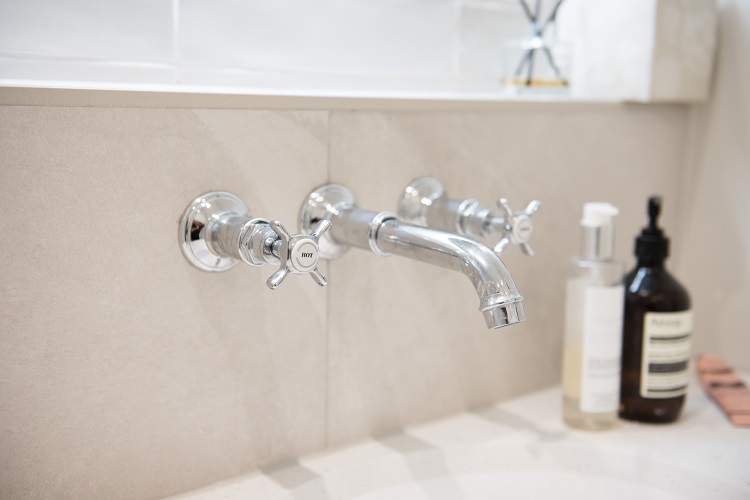 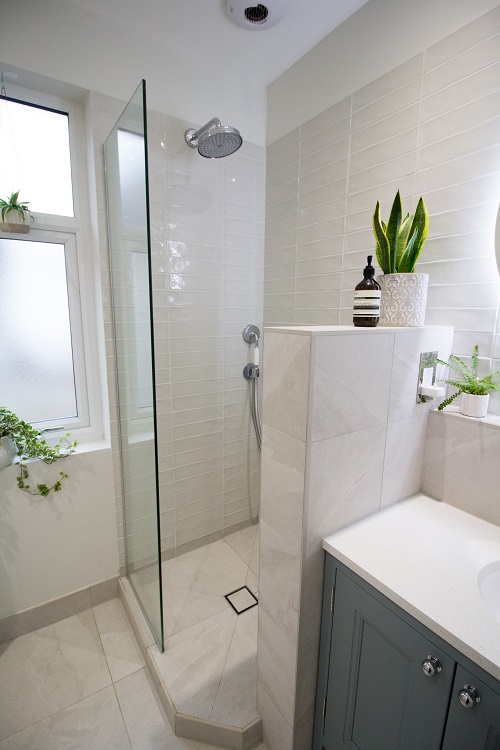 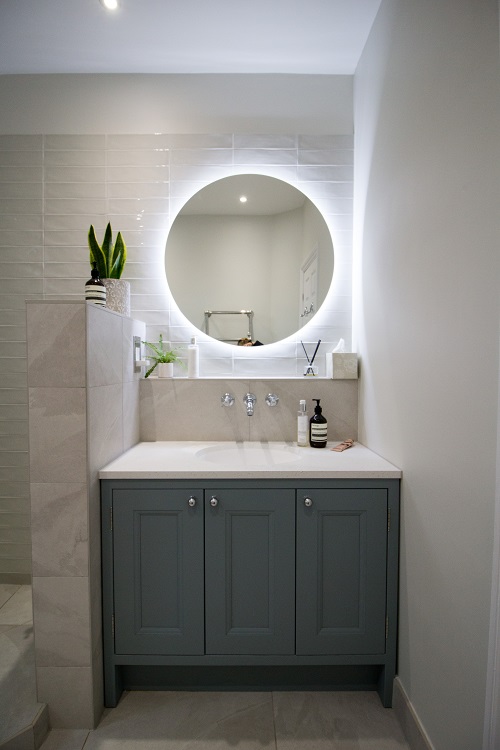 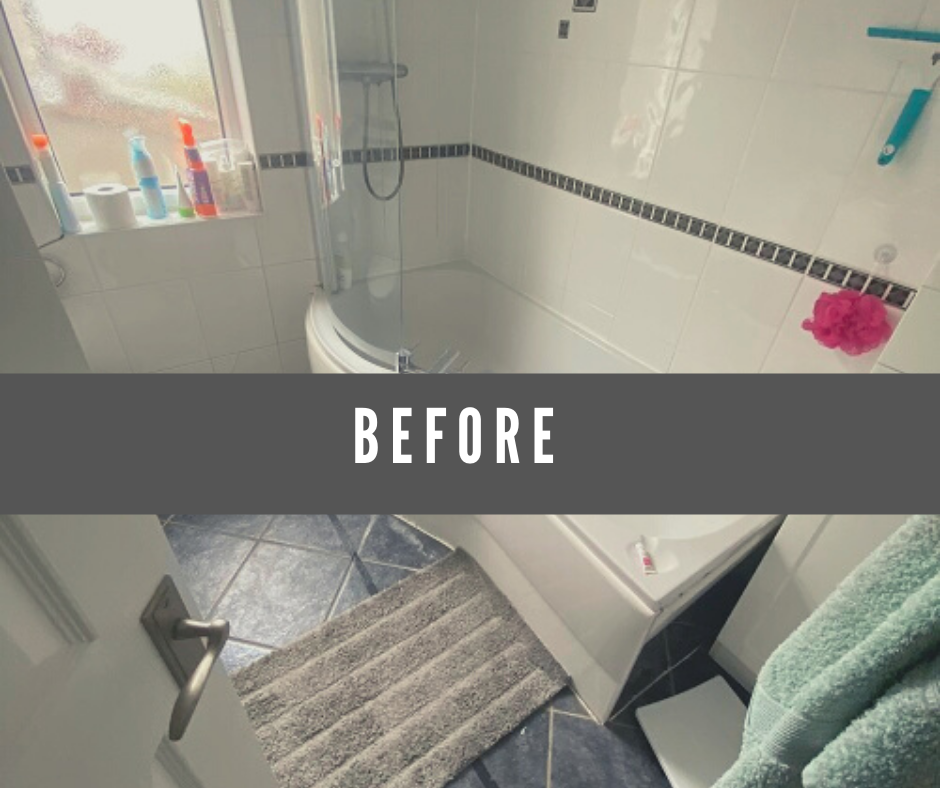 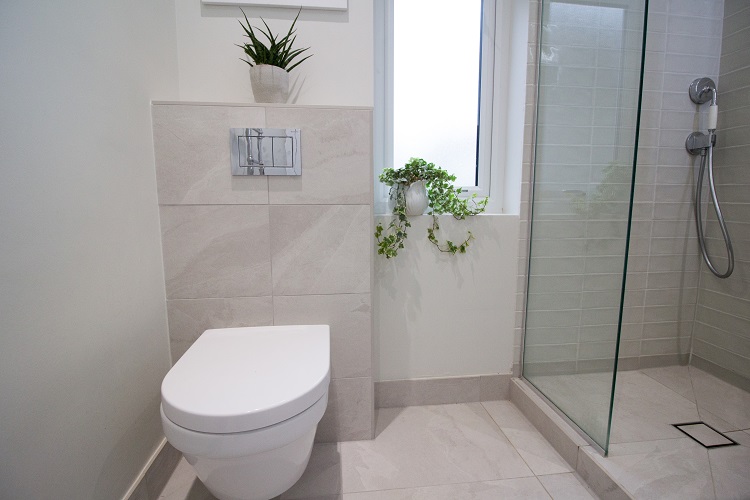 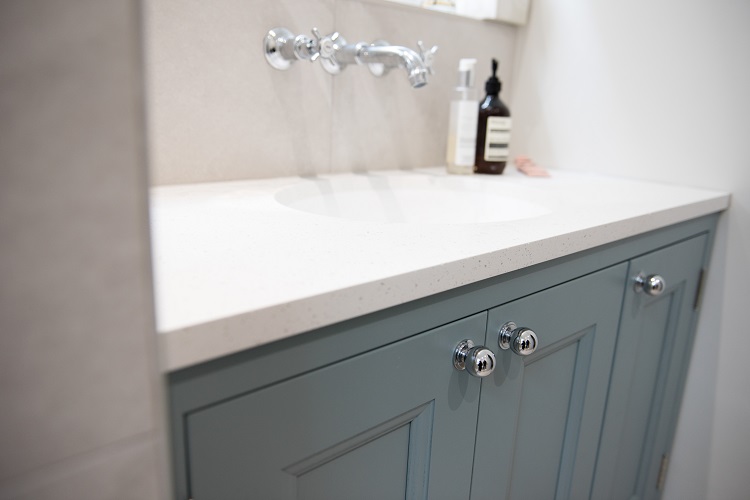 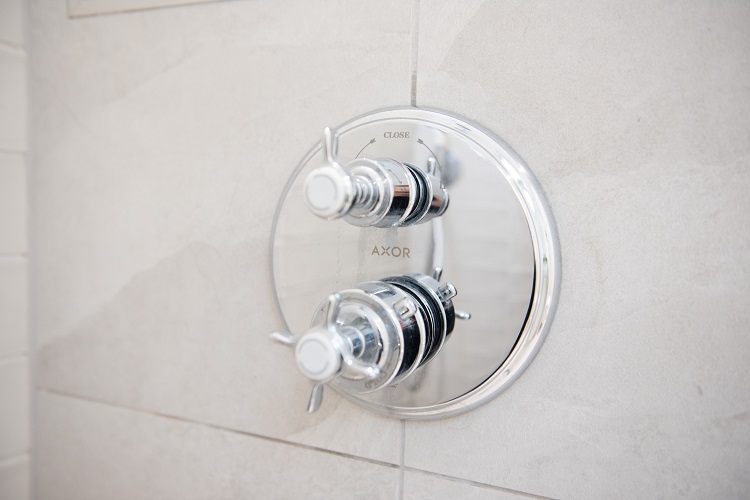 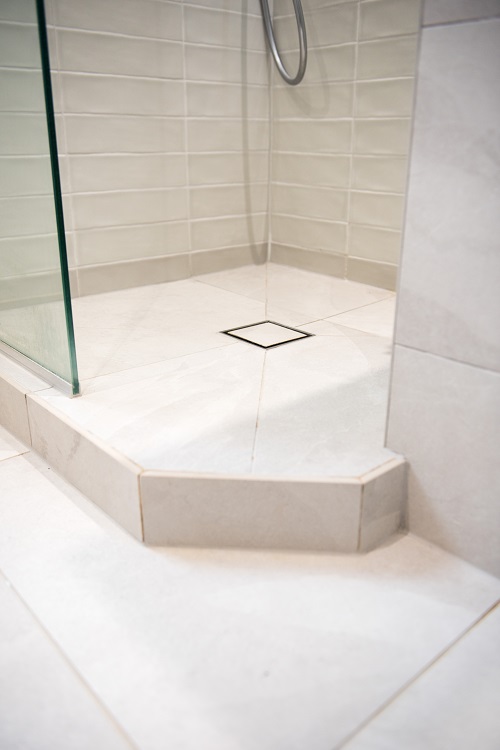 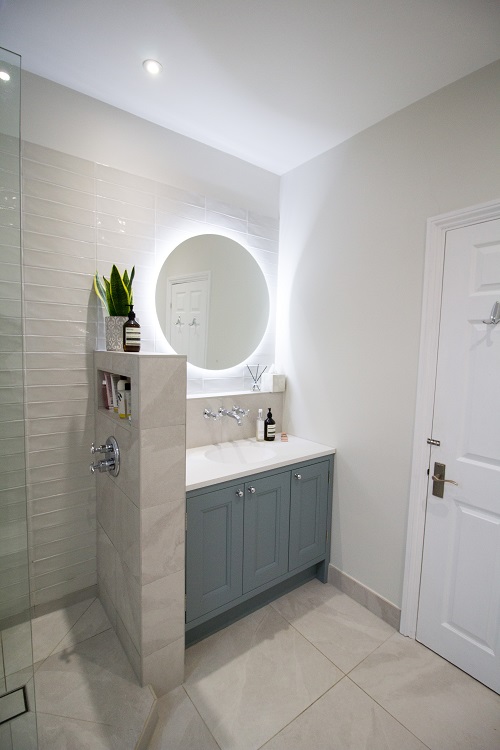