We were invited by Mr and Mrs S to revamp their main bathroom, create a partial ensuite in the guest bedroom and install a downstairs cloakroom underneath the stairs.

Bathroom
As is often the case with this style of house, the bathroom WC was in a separate room to the rest of the bathroom. Like the majority of clients, Mr and Mrs S wanted the WC to be included in the room and therefore we took the decision to remove the separating wall. This had the added benefit of making the bathroom much bigger. On our initial discussions Mr and Mrs S wanted to incorporate two individual basins into the design, however with the obvious design decision to make the freestanding bath as the central focus of the room, it became apparent that the room was not quite big enough to site 2 basins. Therefore the clients compromised by using a substantial 80cm basin with chrome stand, to be situated opposite the bath.

The original bathroom was blighted by a small and untidy shower area. Entry to the small space was met by the unsightly look of a shower curtain and raised shower tray. Both despised by Mr and Mrs S. With clever plumbing and the building of a little stud wall, we were able to install a level access wetroom tray, extend the depth of the shower area by 15cm and fit the Burlington traditional shower door.

We also removed the cupboards that housed the combination boiler, and rebuilt them in a style in keeping with the traditional look and feel of the new room. The room was heated by a beautiful traditional towel rail and underfloor heating was used throughout the room, including the shower area.

Ensuite
Mr and Mrs S informed us of their potential plans in the future to rent out their spare bedroom. They therefore asked us to investigate whether it was possible to install a shower enclosure and wash hand basin in the corner of the bedroom. As this bedroom backed onto the bathroom, and in particular to the shower area, our installation team were able to get the necessary plumbing and feeds to the bedroom. We therefore built a fully tiled alcove shower area, and used the side of this to sit the Burlington basin. To keep towels warm, an electric only heated towel radiator completed the look.

Cloakroom
Mr and Mrs S were also convinced as many homeowners are, of the added benefits both to convenience and also added house value, to create a downstairs cloakroom. The area was currently being used as understairs storage so we split the area into two and used just over half the space as the cloakroom. By dividing the area into two, we were able to build a stud wall to house the concealed cistern. We then fitted a back to wall pan, small cloakroom basin and bottletrap and a neat electric towel radiator. The end result was a smart, stylish, traditional cloakroom which was in keeping with the rest of the bathrooms we had installed upstairs. 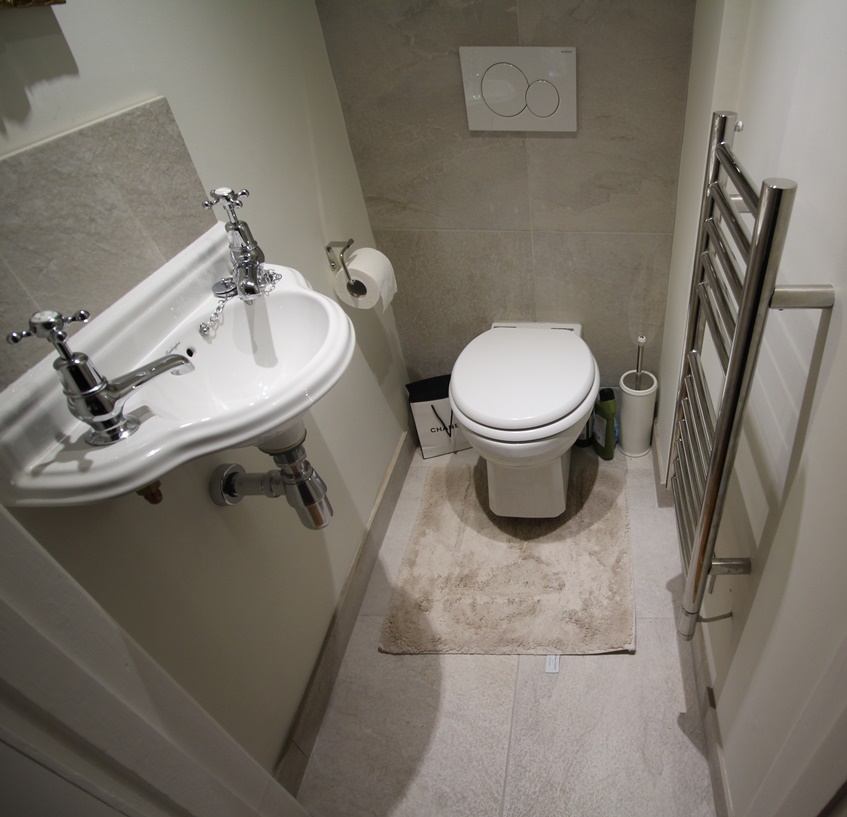 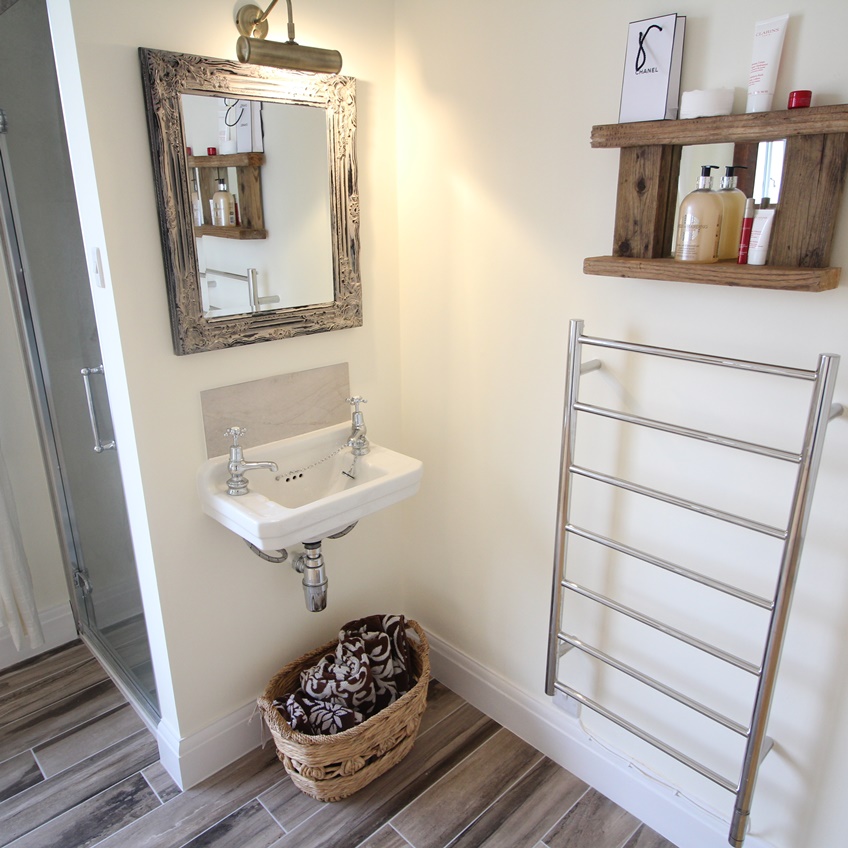 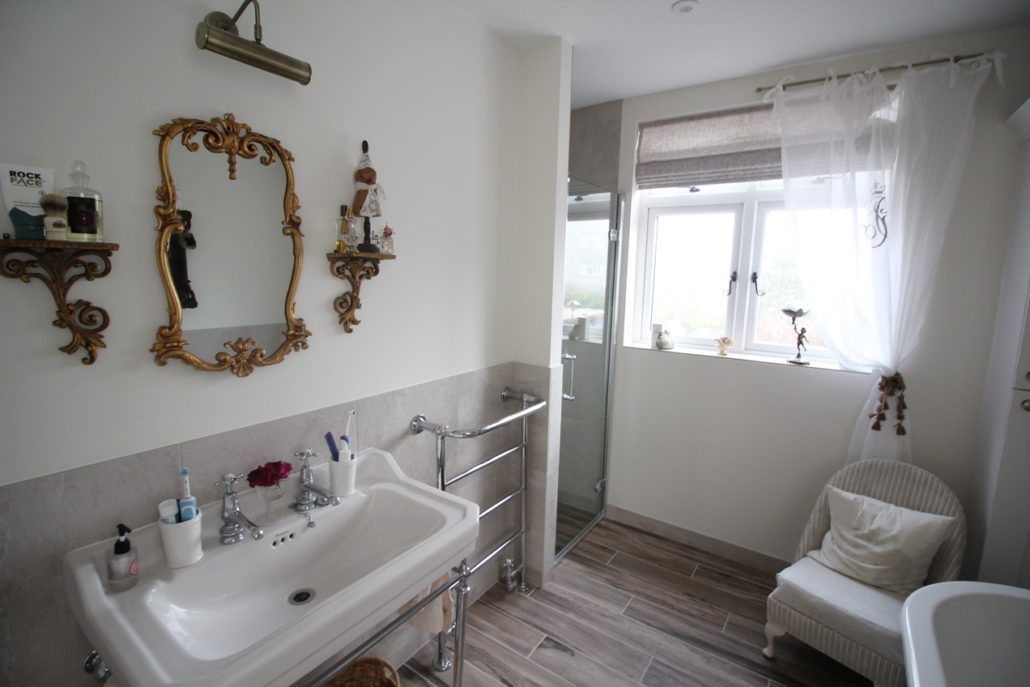 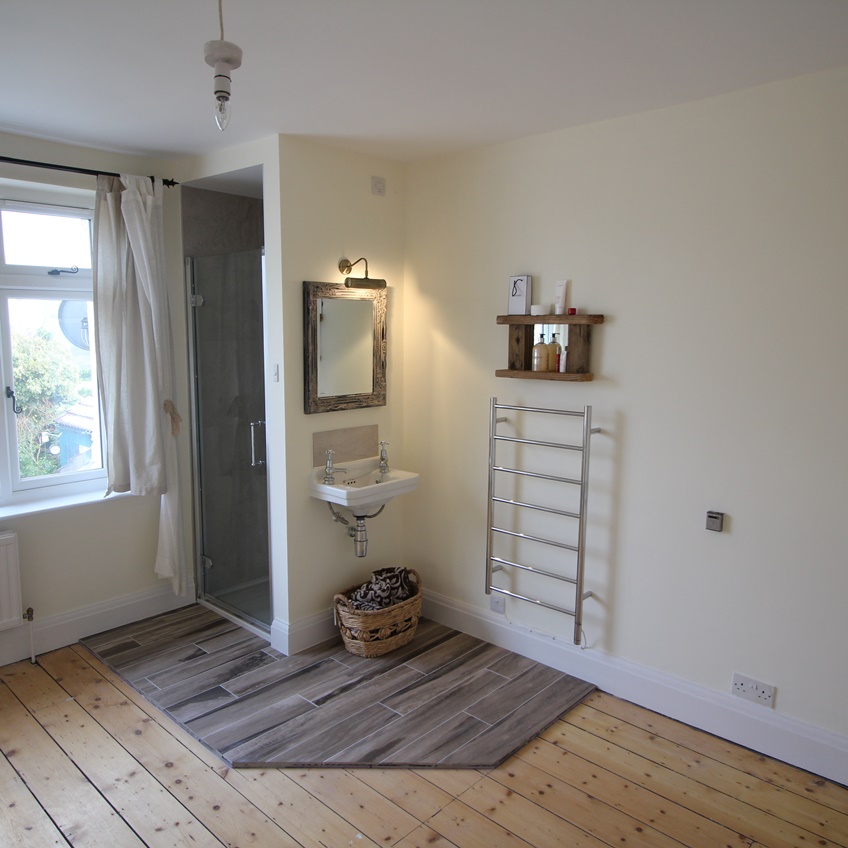 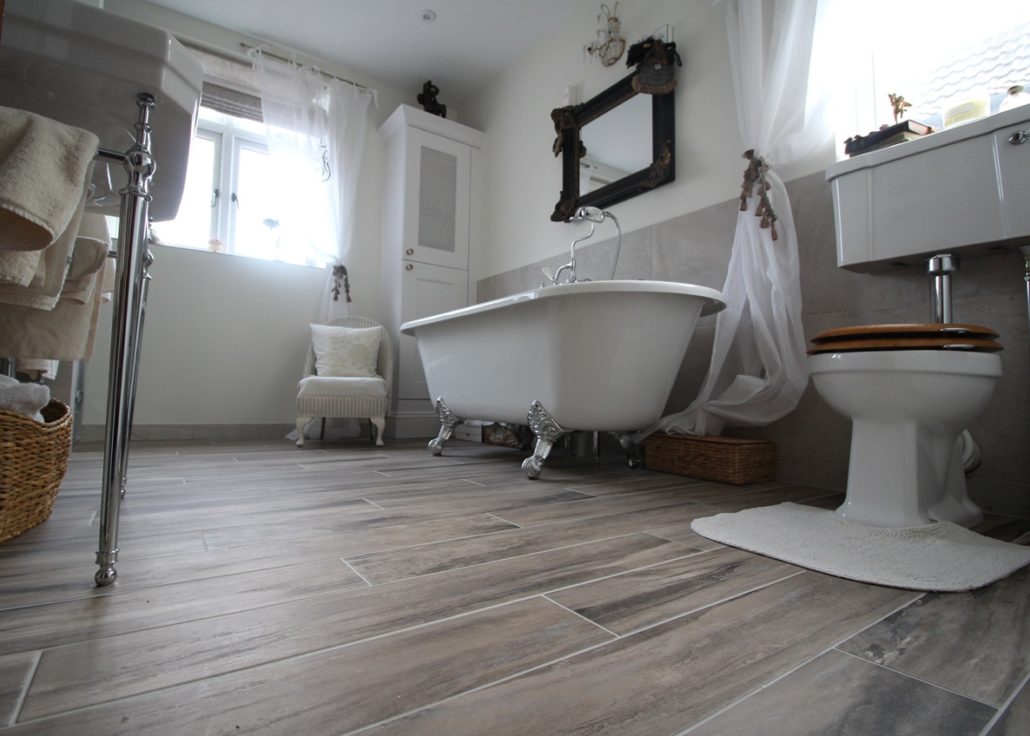 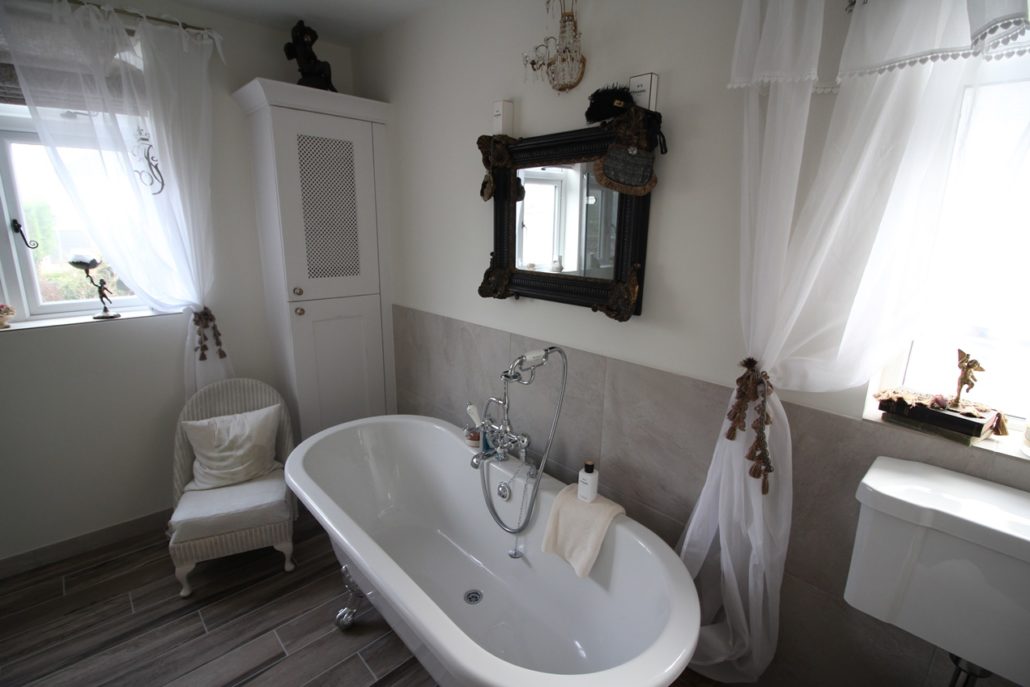 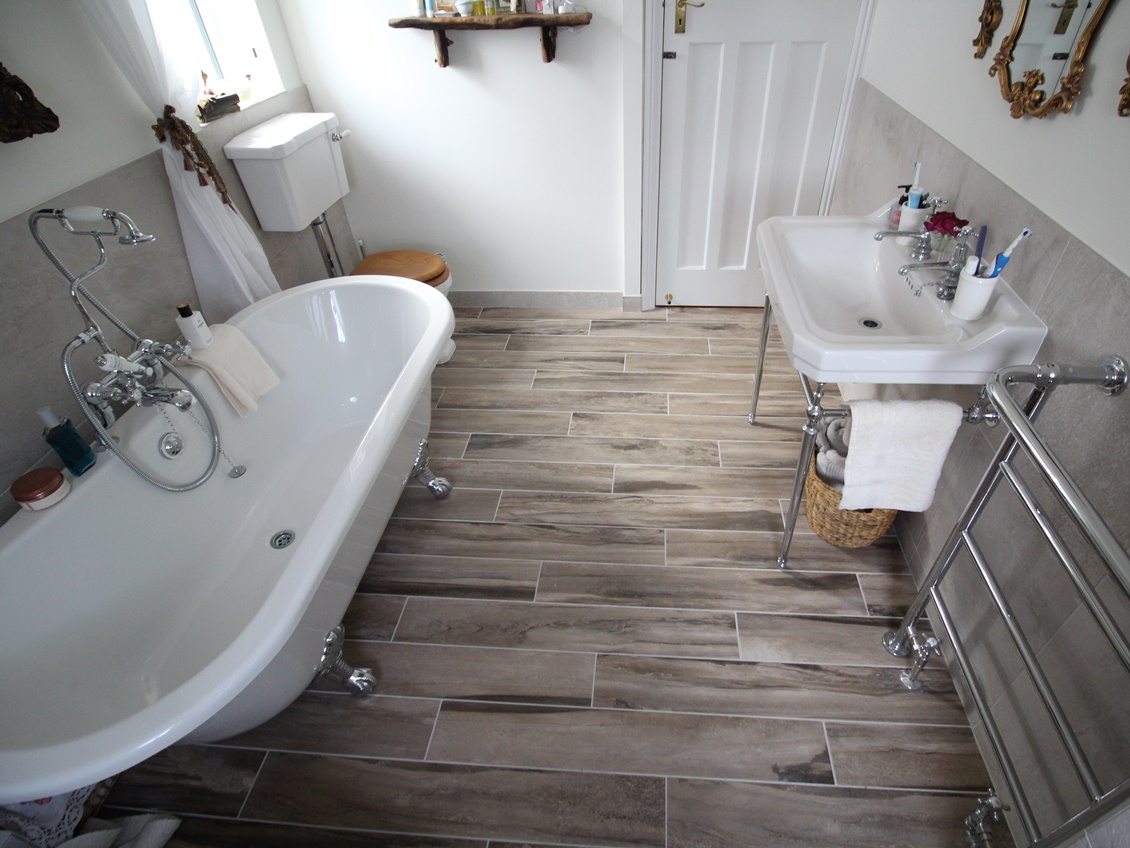 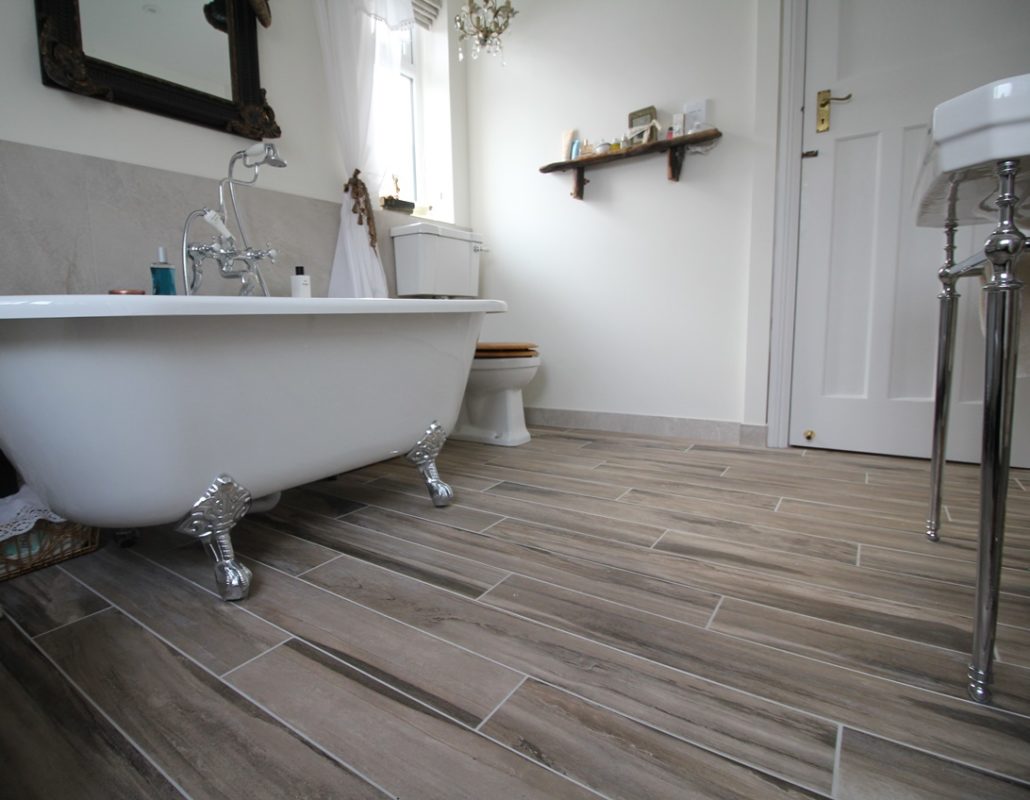 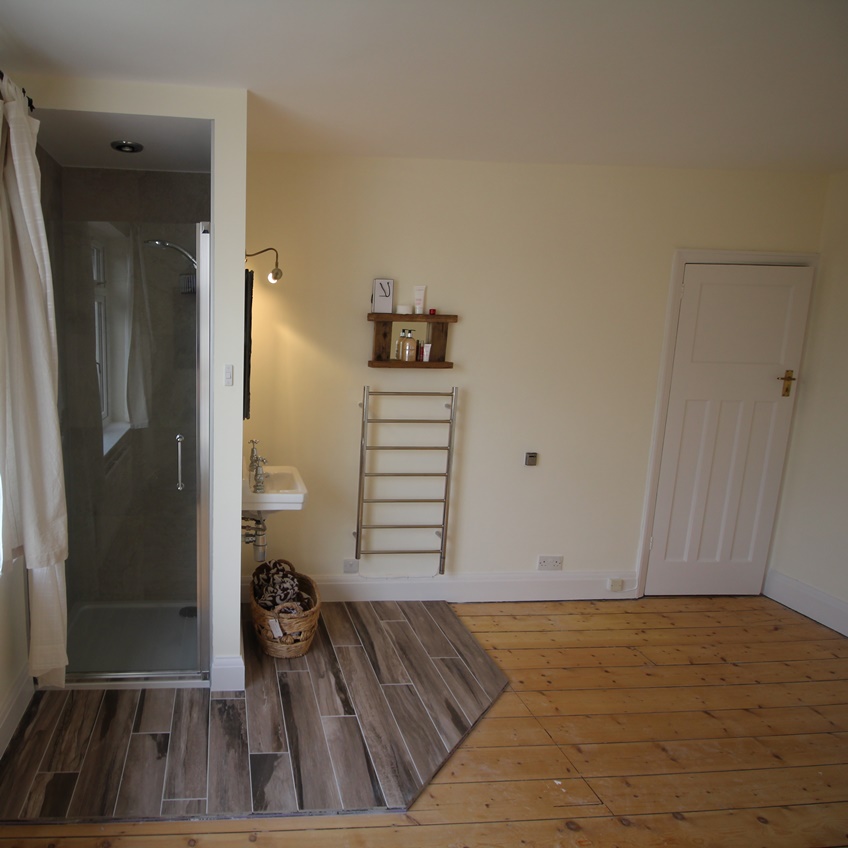